Ben Affleck Seen at Vegas Casino Working & Gambling Until 3 AM 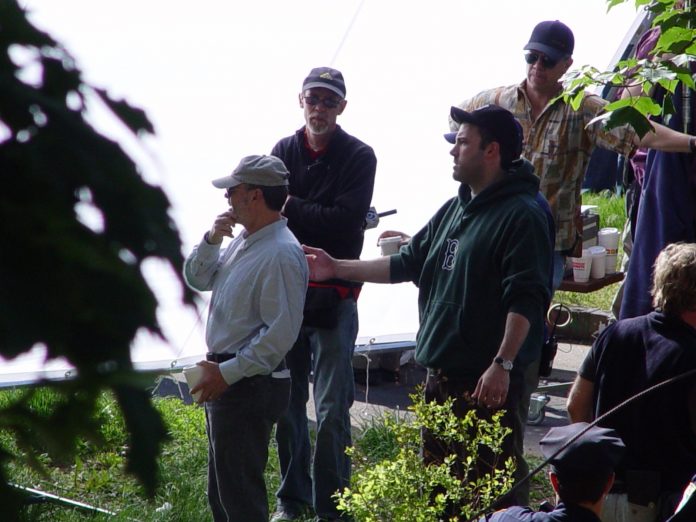 Jennifer Lopez may just be Ben Affleck’s new version of Lady Luck because the movie star was spotted participating in one of his favorite pastimes while at the Wynn casino in Las Vegas.

Even more interesting, Affleck was seen hanging out with J. Lo’s mother while laying down some big bets.

Ben’s main reason for being in Vegas isn’t just the blackjack table. He is directing a project that is being shot on location at the Casino. It was actually through the cameras where paparazzi were able to catch a glimpse of Guadalupe Rodríguez, JLo’s mom, who was on set with him.

Related to what you’re reading:

It’s unclear whether Jlo’s mom is part of the project with Ben Affleck. Maybe it was just, take your mother-in-law to work day, on the set or something like that! Both Affleck and Guadalupe Rodriguez are certainly known fans of the tables and slot machines. Each boasting their own stories at casinos. JLo’s mom once won 2.4 million dollars at a casino in Atlantic City. Jennifer herself has described her mother as a big gambler.

On the other hand, Ben was spotted around 3 am at the blackjack table. This was the first time that cameras caught Ben at a casino since he was removed by police from the Hard Rock casino tables. As he was suspected of counting cards! At this point, this could be a project that sees the light of day around 2023. Ben is working on multiple projects that have release dates later this year like ” The Last Duel” a movie that explores literally how people used to duel in the old days.

He is also working on The Flash and other DC comics movies. Taking back his role of Bruce Wayne/ Batman in the DC Universe. However, there are no registered directorial projects for Ben that have become public recently. The couple that famously dodged the altar in the early 2000s is now back right where they left off. Recently pictures came out of JLo scouting private schools in the L.A. area. Many people felt this was a clear indication that the couple was set to move in together.

Now it’s not only the kids who are spending time with Ben. What a nice son-in-law who takes his gambling enthusiast mother-in-law to Vegas. That’s certainly a great way to win over the family.