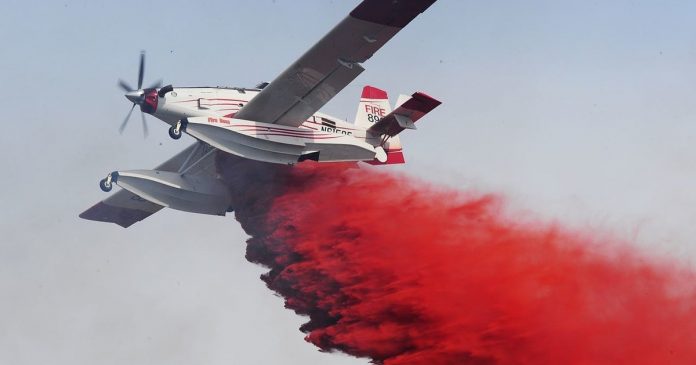 A boatload of cash — $315 million to be exact — is what the state’s natural resources need, Department of Natural Resources Commissioner Sarah Strommen said this week.

When the Legislature gathers Monday, Strommen will advocate for a “once-in-a-generation” investment in conservation land, outdoor infrastructure, fishing, wetlands and better access to recreation areas.

Strommen unveiled the $315 million DNR spending package proposed by Gov. Tim Walz during a meeting this week with reporters. The bonding and supplemental spending amounts will be debated by legislators for the next several months in the context of a historic state budget surplus of $7.7 billion.

“There’s something in it for everybody,” Meier said.

He can’t remember a time when so much money was available directly from the Legislature — without borrowing — for the acquisition of public land. He said it is unprecedented in his long tenure.

Under Walz’s spending proposal, $24 million in supplemental funds would go toward the purchase of land to support recreation and conservation. Another $10 million would go toward “enhancing grasslands and restoring wetlands on wildlife management areas.” Even more money for public land expansion is earmarked in the bonding bill.

The governor’s package for the DNR breaks down into two categories: $221.4 million in traditional bonding money coupled with $94 million from his supplemental budget. The spending designs in both categories are geared for nonrecurring items like tarmac improvements needed at the DNR’s Hibbing air tanker base.

This year, the governor’s proposed budget includes $7.8 million for those apron repairs and other wildfire aviation infrastructure needs at the DNR’s other air tanker base in Brainerd.

“That’s a very critical investment … and an example of the diversity of assets we have at DNR that are in disrepair,” Strommen said.

Similarly, the state fish hatchery in Waterville needs a full makeover, and Walz’s budget for the DNR includes $10 million for the modernization of fish stocking facilities. Waterville is located in southern Minnesota along the Cannon River in Le Sueur County. The hatchery there has been essential to recreational fishing in the region and revitalizing it to state-of-the-art condition would help sustain an “incredible economic impact,” Strommen said.

Asked what areas of the budget are most likely to draw opposition from lawmakers, Strommen said most of the friction will relate to the amount of proposed spending, not whether individual projects are worthwhile.

“This is an ambitious budget and rightly so,” the commissioner said. The proposed investment is in line with the high value that Minnesotans place in natural resources and outdoor recreation, she said.

In terms of wildlife management investments, Meier said the appropriations include money for water control structures in wetlands capable of growing wild rice and drawing more ducks and geese. At DNR-managed state parks and wildlife management areas, the agency wants to improve access and signage for visitors. In addition, Meier said, some of the land acquisition money would be spent to reclaim marginal cropland that could be restored into prairie pothole-type waterfowl habitat.

Other DNR investments supported in the governor’s budget include:

“These are important investments that will connect Minnesotans to the outdoors and maintain our high quality of life throughout the state,” Strommen said.