David Warner on prospect of leading one of 2 new franchises in IPL 2022: Would love to do it 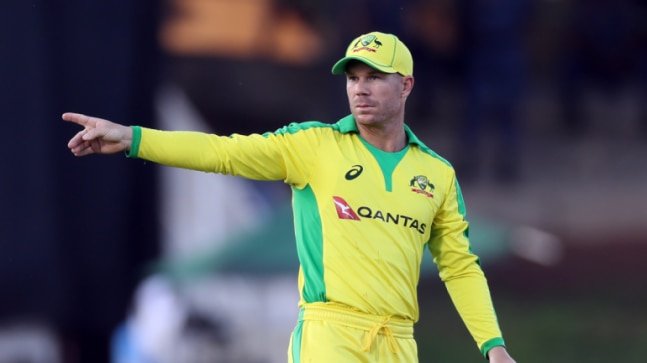 Former SunRisers Hyderabad captain David Warner said he is open to leading one of the two new Indian Premier League franchises if an opportunity comes his way. Warner played only 8 matches for SunRisers in IPL 2021 during which he lost his captaincy and eventually the place in the side.

David Warner, speaking to Sports Today in an exclusive interview with India Today Consulting Editor Boria Majumdar, said he believes he has the right leadership skills and can bring the best out of his teammates but it will all depend on the mega auction next year.

Warner posted a thank you note for SunRisers Hyderabad in his Instagram account after the former champions were eliminated from the play-offs race. SRH finished with the wooden spoon in IPL 2021, managing just 3 victories in 14 matches.

Warner, who led SRH to their maiden IPL title in 2016, said that he does not rule out an option of staying with Sunrisers in 2022 but added he got hints that he might not be retained ahead of the mega auction.

Notably, IPL 2022 will have two new teams and they will be announced by the BCCI after the bidding closes on October 25. With the mega auction scheduled ahead of next season, franchises are going to look for new captains and Warner insisted he is ready to don the role at a new franchise if everything works out in his favour.

I would be thrilled: Warner

“Yeah, two new teams are coming up next year. Obviously, those franchises have been released yet. Would I like to captain it if it comes up? It is definitely something that I enjoy doing, it makes me play a lot better as well with that responsibility,” Warner told Sports Today.

“Having a taste of it in this environment makes it easier. I shared that role with Kane a fair bit and so it is great to have other leaders in the franchise. Jason Holder was another guy, Rashid Khan who captained Afghanistan. These are people with whom you can share your knowledge and rebound a lot of information.

“I would be thrilled to do that if something like that came up. But it’s all about getting a solid foundation together and whoever they feel is the best leader will get the nod.

“So if it arises, I would love to do it. It’s something that I am passionate about. I feel a person of my character can get people up and about. I am very energetic, I call a spade a spade and love trying to get the best out of everyone to perform at their best and hold everyone accountable for their actions too,” he added.

After spending 5 seasons at Delhi Capitals (then Daredevils), Warner joined SRH in 2014. He became their captain in 2015 and found instant success, leading them to glory in 2016. Warner hi 848 runs in 2016 and led SRH from the front in a stunning campaign.

Warner will be looking forward to playing a crucial role for Australia in the T20 World Cup, starting October 17 in Oman and the UAE.