Dow Falls More Than 700 Points in Worst Day Since October 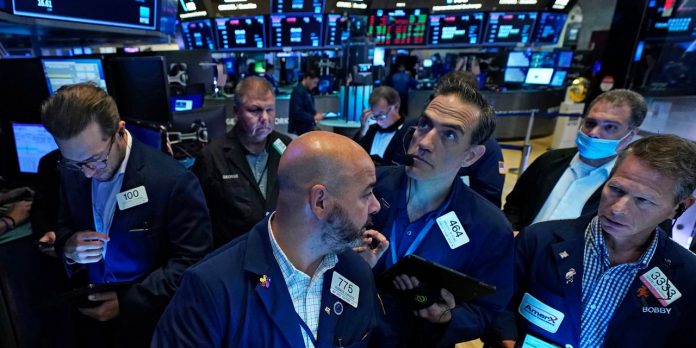 The Dow Jones Industrial Average declined more than 700 points on Monday—its worst session since October—as anxiety mounted over the spread of the Delta coronavirus variant and its potential impact on the global economy.

Investors sheltered in the safety of government bonds, and oil prices fell after the Organization of the Petroleum Exporting Countries and a Russia-led group of big producers agreed to raise production.

The moves were reminiscent of trading patterns that prevailed in the early days of the pandemic. Investors sold shares of companies directly affected by restrictions on movement and business, while buying government bonds and stocks that stood to benefit from renewed lockdowns.

“The market has been due for a pause or pullback or, dare I say it, a correction,” said Hans Olsen, chief investment officer of Fiduciary Trust.

Futures on Brent crude, the international benchmark, tumbled 6.8% to $68.62 a barrel, their lowest level since May.

Surging cases of the coronavirus in many parts of the world, including highly vaccinated countries such as the U.K., have prompted investors to dial down their expectations of economic growth in the coming months. Last week, some of California’s most populous counties either reimposed mask mandates or recommended wearing masks indoors to fight the Delta variant.

“The emergence of this more highly transmissible Delta variant…has brought into the question the sustainability of this reopening and the recovery,” said Candice Bangsund, a portfolio manager at Fiera Capital. Still, she said the variant would delay rather than derail a big pickup in economic activity and called the selloff a chance to scoop up shares of energy producers, industrial firms and financial companies.

The inflation rate reached a 13-year high recently, triggering a debate about whether the U.S. is entering an inflationary period similar to the 1970s.

Despite Monday’s selloff, the S&P 500 is up more than 13% this year and closed at a record just one week ago.

Some investors also are concerned that rising prices will pinch consumption and prompt central banks to withdraw stimulus, creating an environment of lower growth and higher inflation in which stocks tend to struggle.

Inflation accelerated to a 13-year high in the U.S. in June. Some evidence suggests that the price increases have started to knock consumers’ confidence in their ability to keep spending. For much of 2021, business reopenings, rising vaccination rates and government pandemic aid have helped propel rapid gains in consumer spending, the economy’s main driver.

“What you’re seeing is a sense that the consumer is starting to be affected quite significantly” by the jump in prices, said Sebastien Galy, senior macro strategist at Nordea Asset Management.

All 11 sectors of the S&P 500 dropped Monday. Energy and financials were the worst-performing groups.

The National Bureau of Economic Research said Monday that the U.S. officially climbed out of a recession in April 2020. The pandemic-driven recession was two months long, making it the shortest on record, according to the bureau, the official arbiter of U.S. recession dates.

Looking ahead, investors will be monitoring corporate earnings this week for signs of how companies are faring amid the revival of economic activity. Air carriers American and United are among the hundreds of companies set to report quarterly results this week, along with Intel, INTC 1.19% Netflix NFLX -0.80% and Chipotle Mexican Grill. CMG 1.40%

Overseas, major stock markets retreated amid fears of the Delta variant. The Stoxx Europe 600 slid 2.3%, dragged down by shares of travel, leisure and commodities companies, as well as banks.

Surging Covid-19 cases in many parts of the world have prompted investors to dial down economic growth expectations.

Japan’s Nikkei 225 dropped 1.3%. More athletes and staff members attending the Tokyo Olympics have tested positive, while cases are surging in Indonesia. Sydney, Australia’s most populous city, is under lockdown because of a Delta outbreak.

David Chao, a market strategist at Invesco, said the spread of the Delta variant across Asia, coupled with low vaccination rates and expectations of additional social-distancing measures, has “taken wind out of the sail for many investors expecting an economic rebound” in the region.

Mr. Chao said he expected investors to continue to pull funds out of Asian stocks and shift them to shares in developed markets with high inoculation rates, such as the U.S. and U.K.

Write to Joe Wallace at Joe.Wallace@wsj.com, Alexander Osipovich at alexander.osipovich@dowjones.com and Frances Yoon at frances.yoon@wsj.com