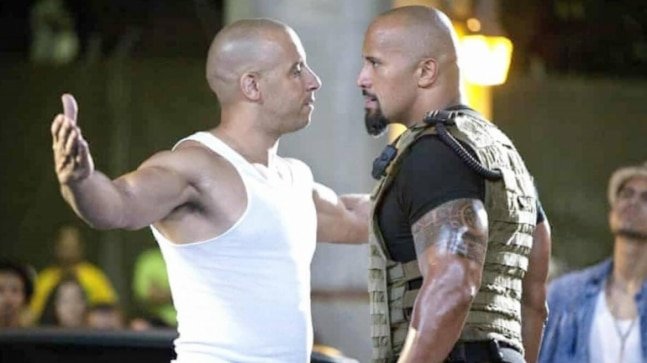 Dwayne Johnson has now confirmed that he will not be doing Fast & Furious 10. He also called Vin Diesel’s post for him ‘manipulation’.

Dwayne ‘The Rock’ Johnson has declined Vin Diesel’s request to return to the action franchise Fast & Furious. He made it clear that he won’t be rejoining the show for its 10th season. This comes after a recent public invitation sent to him by Vin Diesel, lead actor and producer of the franchise. In an Instagram post, Diesel had asked Dwayne to reprise his role as secret agent Lucas Hobbs for the next entry in the film series. Speaking to CNN, Dwanye Johnson said while he gives his best wishes to the team of Fast & Furious 10, he will not come back.

While speaking with CNN, The Rock said, “I told (Diesel) directly that I would not be returning to the franchise. I was firm yet cordial with my words and said that I would always be supportive of the cast and always root for the franchise to be successful, but that there was no chance I would return.”

He added, “Vin’s recent public post was an example of his manipulation. I didn’t like that he brought up his children in the post, as well as Paul Walker’s death. Leave them out of it. We had spoken months ago about this and came to a clear understanding.”

Even several Fast & Furious fans got upset over the request. Vin Diesel had written in his Instagram post, “My little brother Dwayne… the time has come. The world awaits the finale of Fast 10. As you know, my children refer to you as Uncle Dwayne in my house. There is not a holiday that goes by that they and you don’t send well wishes… but the time has come. Legacy awaits. I told you years ago that I was going to fulfill my promise to Pablo. I swore that we would reach and manifest the best Fast in the finale that is 10! I say this out of love… but you must show up, do not leave the franchise idle you have a very important role to play. Hobbs can’t be played by no other. I hope that you rise to the occasion and fulfill your destiny (sic).”

Fans weren’t too happy about Vin Diesel taking his late co-star, Paul Walker’s name, and his children’s name to ask Dwayne Johnson to come back to Fast & Furious 10

For the uninitiated, Dwayne and Vin Diesel had a public feud in 2016 that lasted for several years. This happened after Dwayne shared a post on social media to call out some of his male co-stars for being ‘candy a**es’. It was later revealed that he was indicating towards Vin. Dwayne Johnson left the Fast & Furious franchise and became the in-charge of the Hobbs & Shaw timeline.