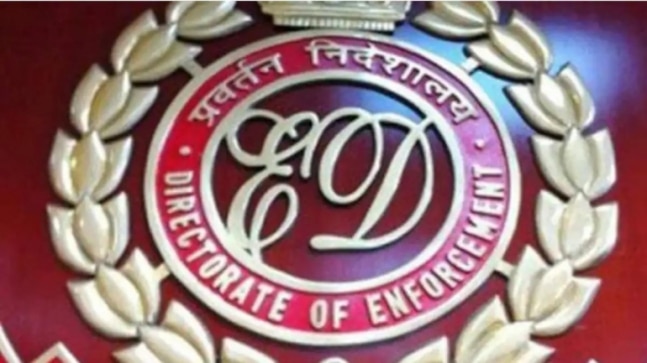 The ED has provisionally attached assets worth Rs 35.70 crore of Vikram Investments and other associates in connection with an alleged ponzi scheme scam.

The ED initiated money laundering investigation on the basis of an FIR filed in March 2018.

The Enforcement Directorate (ED) has provisionally attached assets worth Rs 35.70 crore of Vikram Investments and other associates under the provisions of the Prevention of Money Laundering Act (PMLA) in connection with an alleged ponzi investment scheme scam.

The attached immovable properties having value of Rs 34.21 crore are in the form of land, office spaces and residential flats in various places in Bengaluru and movable assets are in the form of bank balance and fixed deposits worth Rs 1.49 crore.

The ED initiated money laundering investigation on the basis of an FIR filed in March 2018 in Bengaluru against partners and other associates of Vikram Investments viz Raghavendra Srinath, along with his associates — KP Narasimhamurthy, M Prahlada, KC Nagaraj and Sutram Suresh for cheating the general public by luring them to invest in Vikram Investments, promising high returns under the guise of commodity trading.

The modus operandi adopted by the company was that they were involved in collecting investments from the customers under the guise of commodity trading, offering huge returns to the extent of upto 30-35 per cent per annum. However, they are not registered with any of the regulatory agencies including the RBI.

They ensured that customers would get back their first installment as promised. This earned them trust and lured customers to invest even more after which the company would stop paying them back money, including the principal amount.

High profile personalities also invested in the scheme in the hope of earning huge returns, the ED said.

Initially, the company paid profits to the existing investors out of funds obtained from its new investors. The company used LIC agents and others who would convince their friends and family to invest and in exchange got heavy commission.

Initial investigation suggests that around 2,420 persons had invested in the said entity and total investment was around Rs 417 crore, out of which around Rs 331 crore were paid to the clients as profits and the remaining Rs 86 Crore had been embezzled by Raghavendra Srinath and his associates.

During the course of investigation, it came to notice that Raghavendra Srinath had deliberately delivered exceptionally huge net profit of around Rs 35 crore to one R Krishna, which was not possible in any prudent way.

Further investigation is under progress.