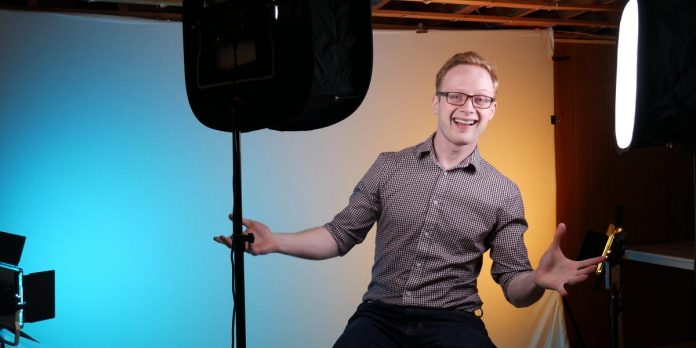 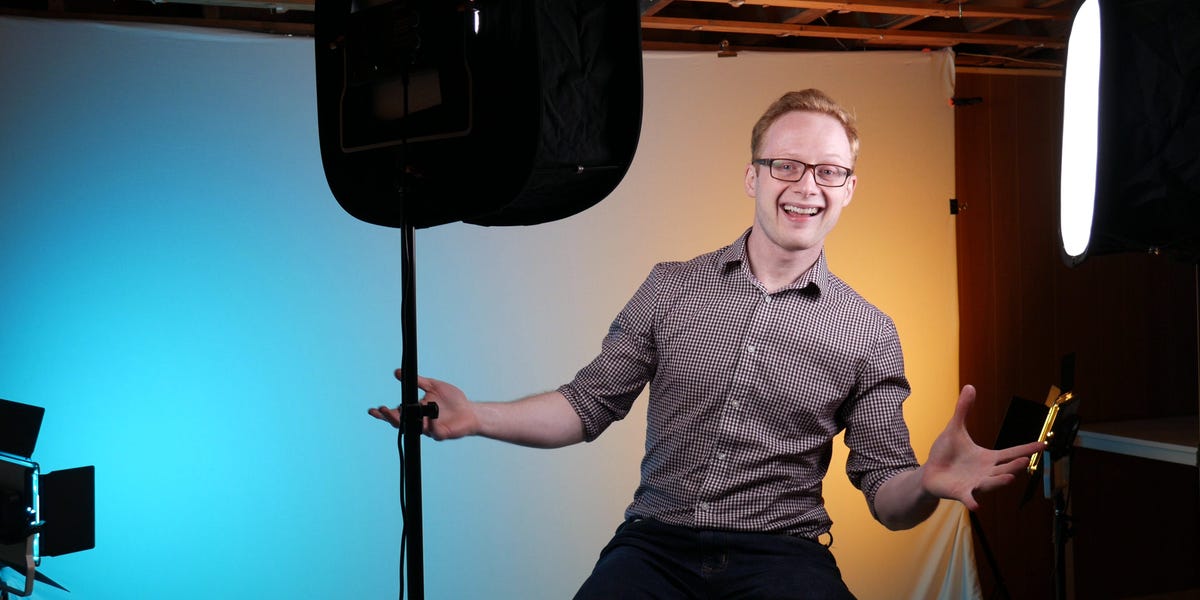 Soon after graduating from university, Richard Coffin noticed a trend: his friends started coming to him for money advice.

Coffin studied finance at Carleton University in Ottawa, Canada, and after graduating in 2015 he got a job at a large mutual fund company.

“I had friends entering their careers and accumulating money for the first time,” Coffin, now 28, told Insider. “They knew that investing was something they should be doing but didn’t know what it really was or entailed.” So, over a beer, he’d offer the best advice he could.

Coffin didn’t tell them specifics on where to invest their money. “My intention was to educate them on the basics so, at the very least, if they went to a professional or a bank, they would know all the questions to ask, all of the fees they might have to deal with, and generally what to expect so they wouldn’t be taken advantage of.”

After delivering about 10 investing spiels to friends, Coffin had a realization that would change his life. “I saw there was a demand for that stuff.”

Coffin posted his first explainer video on YouTube in September 2017. It was a nine-minute, low-budget production about the importance of investing.

What started as a hobby to provide friends a helpful resource has evolved into a successful side hustle and second salary. His YouTube channel, The Plain Bagel, has grown to nearly half a million subscribers. He doesn’t disclose his exact earnings, but it’s “roughly on par with what I make from my job as an analyst,” says Coffin, who is a Chartered Financial Analyst (CFA), Certified Financial Planner (CFP), and has been working as an investment analyst at a small firm in Ottawa since 2017.

Here’s how Coffin turned YouTube into a lucrative side hustle and how he invests the extra income he brings in.

Launching a YouTube channel with an iPhone camera, $200 worth of lighting, and a $40 microphone

Coffin remembers making videos for fun with his friends in high school, but that was the extent of his video editing experience before starting his channel.

He spent about $240 upfront: $200 to buy basic lighting and $40 for a cheap microphone that clipped to his shirt. He happened to have a tripod and shot all of his first videos using his iPhone camera. He’d set up a white cloth backdrop in the living room of the one-bedroom apartment he shared with his girlfriend (now wife) at the time.

“It was a little cramped,” admitted Coffin, who now owns a home with his wife and has a proper studio and camera. “As the channel makes money, you upgrade the equipment and try to make it look better, but you can go a long way with basic stuff that you might have lying around the house.” 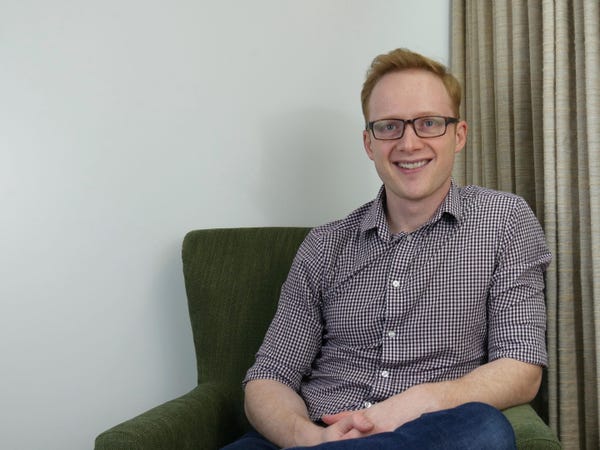 In the nascent stage of his channel, Coffin’s strategy was to simply dive in and improve the quality of his videos along the way. He would edit during his hour-long lunch break at work and upload one video every other week. He released his first videos as episodes of a 10-part series that covered everything from how stocks, mutual funds, and ETFs work to the risks that come with investing.

After a year of uploading consistently, he had about 2,000 subscribers and was making “something like $2 a day,” he said. “That’s not a salary in Canada but it was a coffee a day that I was making from these videos and I thought it was the coolest thing ever.”

Coffin’s first big hit was a five-minute history lesson on the Great Depression that he uploaded in 2018. Views hit six-figures early on, and today nearly two million people have watched it. “That video took my channel from being a small thing that some people watched to one that was growing and continually getting new viewers.”

As his subscribers grew, so did Coffin’s income. “It went from $2 a day to $5 to $10, and it kept going up. Last year, it was essentially a full-time salary that I was earning.”

While you can start uploading to YouTube on a shoestring budget, monetizing a channel isn’t as simple.

Coffin explained that there are a couple of ways he makes money on YouTube. “The main way is through ad revenue,” he said. “Generally, the more views you get, the more people that see the ads on your videos, the more money you’ll be paid from YouTube directly.”

He also gets paid from sponsorship arrangements with brands. He’s careful about who he chooses to work with and has a strict policy against working with finance companies to avoid conflict of interest. “I really don’t want to end up being a salesman, so I set these policies in stone with the intention of preserving what I think people respect about the channel, which is that it tends to avoid conflict of interest and tries not to push anything onto viewers.”

While he’s been bringing in consistent income ever since his channel took off and hit the six-figure subscriber mark, Coffin’s YouTube income still fluctuates. “It varies pretty drastically from month-to-month. Sometimes a video does really well and brings in a big paycheck; other times it’s less than I make from my regular job.”

Coffin recognizes that his success, which he attributes partly to his expertise in finance and partly to luck and timing, is not the norm. He didn’t start his channel with the intention of making money and advises aspiring creators to adopt the same mindset. “I did it because I liked finance and I knew there were people out there interested in learning more about it,” said Coffin. “The money came, but if you go into it with the intention of making money, it’s a tough game. The only way I think you’ll do well is if you have that passion and would do it regardless of the money it brings in.”

Saving and investing his ‘extra salary’

Coffin’s channel has grown to the point where he could treat it as a source of full-time income, but he still considers it “bonus money,” he said. “I never set myself up expense-wise to rely on that income. I operate on the assumption that, in a year’s time, the channel might not exist and the revenue might not be there.” Plus, he likes his day job and has no aspirations to retire early from the corporate world.

He’s always prioritized saving; after graduating and starting his first job, his frugal lifestyle allowed him to keep over 50% of his income, he said. His extra YouTube income has helped him maintain a high savings rate, even as major expenses like buying a home and having his first kid have come up this past year.

Currently, he saves a little over 30% of his income. After he and his wife finish renovating the home they purchased in 2020, he hopes to bump it back up to 50%.

As for where he puts those savings, his job as a stock analyst directly affects his investing strategy. “My company is a discretionary money manager, so clients will hand their money off to us and we’ll build them a customized portfolio of positions,” said Coffin, who invests in some funds but primarily in stocks.

“Effectively, I invest my money alongside clients,” he explained. “I research stocks for clients with the understanding that I’ll probably be putting my money in beside them, which I think helps me do a better job; when it’s your own money, and also someone else’s money that you’re dealing with, you’re usually more diligent with the research you put in.”

Because of his comfort level with stocks, he’s fine taking on the risk, but stock picking is not how he advises the average person to invest.

“My day job is essentially to provide stock picks for clients, yet, on YouTube and publicly, I’m one of the least willing to stand behind a stock and give a stock pick,” Coffin said. “It’s easy to obsess over stock picks, but if you’re educated on finance, you don’t need them. It’s really a shallow approach to investing.”

For first-time investors, Coffin recommends getting a handle on your personal finances before putting your money to work.

“There’s legwork you need to do before you hop into the market,” he said, including paying off high-interest debt, establishing a budget, and setting up an emergency fund. “With investing, time is on your side, but it’s an enemy if you have to sell out before you intend to.” You don’t want to be forced to pull your money out of the market, which could hurt your returns, in order to cover an unexpected medical bill or car repair, for example.

Next, self-educate to figure out how you want to invest, he said. Coffin’s favorite investing books are “A Random Walk Down Wall Street” by Burton Malkiel, “The Wealthy Barber” by David Chilton, “One Up On Wall Street” by Peter Lynch, and “The Education of a Value Investor” by Guy Spier.

For more information, read Insider’s guide to investing your first $100.