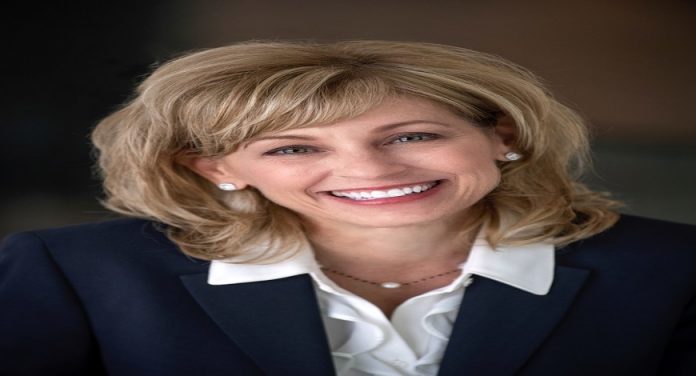 Boeing Defence has made significant inroads in India. The Indian Air Force operates fleets of C-17s, AH-64 Apaches, CH-47 Chinooks, including the head of state aircraft. Indian Navy was Boeing’s first international customer for the P-8 and this aircraft has indeed played a crucial role in building India’s Maritime Reconnaissance Capabilities in the IOR. Indian Armed Forces are gearing up for the modernization, embracing next generation capabilities. India is also striving to develop aerospace industrial base and achieve technological breakthroughs with projects like AMCA, TEDBF and MRFA under strategic partnership with global aerospace leaders. Leanne Caret, president and CEO, Boeing Defense, Space & Security opens up with BW Businessworld’s Manish Kumar Jha on such partnership and possibilities with India. She outlines her vision for India by offering best in class advance military hardware, including F/A-18 Super Hornet, additional P-8Is for the Indian Navy, F-15EX, refueling tankers, unmanned aircraft systems, additional training, sustainment and program-based logistics solutions. Can you outline Boeing’s strategy as it relates to the defense, space & security business? How does India fit it?

The Boeing Company has a proven record of being India’s trusted partner for more than 75 years, supporting our commercial aviation and defense customers. I’m truly humbled to work alongside innovative teammates, including our 3,000 employees here in India, who are constantly striving to find new and better ways of delivering more value to our customers – today and tomorrow. In India, for example, I’m proud of the strategic investments we have made to grow India’s defense base; increase the manufacturing, skill development and engineering scale in the country; and strengthen the local workforce. Together, we’re building a strong aerospace industry in India, with an additional 7,000 people employed through our supply chain.

“From a defense market perspective, India is one of the largest for Boeing. We’ve been honored to achieve many “firsts” with our Indian partners. Through the Indian Navy, India was the first international customer for the P-8I maritime patrol aircraft.”

India is also the largest operator of C-17 cargo and transport aircraft outside the United States, and the Harpoon missile was the first weapon system integrated on an Indian designed and built fighter (Jaguar).

Backed by increasing cooperation and strong, positive participation between our governments, we look forward to continue creating prosperity for both our nations and serve as mutually reinforcing engines of growth and innovation.

Boeing has won key franchises recently including T-7 and MQ-25 and we’re learning more about digital engineering and transformation. How do these fit into your future offering for the Indian Air Force?

We are honored to partner with our U.S. customers and industry partners on these franchises and recognize the importance of delivering these advanced capabilities as our customers address current and future threats. That’s one of the reasons we are committed to driving digital transformation across our value stream and accelerating the entire lifecycle – from requirements definition through design, production, test, maintenance and upgrades. Our ability to combine digital tools and outcome-centered thinking with proven engineering, manufacturing and services approaches is changing the industry – and it’s giving our defense customers the digital edge they need to field faster and fight smarter as a connected force.

“The U.S. Air Force’s T-7A Red Hawk program is an excellent proof point that this digital-first approach works. The T-7 is a new advanced pilot training system that includes ground-based training designed together from the start, and engineers applied model-based engineering and advanced manufacturing and testing techniques to move from concept to first flight in just 36 months.” On MQ-25, we are producing these uncrewed aerial refuelers for the U.S. Navy and are benefitting from months of early learning from flying the T1 test asset; years of investments in advanced, digital engineering design and manufacturing practices; and decades of experience building both autonomous platforms and elite carrier aircraft. As a result, the U.S. Navy will receive a mission-ready refueler that will pioneer the integration of uncrewed aircraft into the carrier air wing. Right now, our focus is on fulfilling our commitments to the U.S.

Since you became president and CEO of Boeing’s defense, space and security business in 2016, Boeing defence has scaled up worldwide. What led to this and could you outline your strategic initiatives and vision for the BDS in terms of your global reach?

As a company, we’ve been building toward a global presence over the past two decades, and I’m proud to share that today – thanks to the commitment of our teammates – our global reach includes customers in approximately 150 countries and employees and operations in more than 65 countries.

Looking ahead to the next 10 years, we know much of our growth will come from outside the United States. Of the $2.6 trillion defense and space market opportunities, about 40% of expenditures are expected to originate outside of the United States, driven by geopolitical and security challenges.

To win globally, understanding our markets is and will continue to be critical. Our customer needs are ever-changing, and they want to do business locally – with a company they know and trust. When you partner locally, you win globally – just as we’ve done in India. By operating locally on a global scale, Boeing gains market access and cost, capability and talent advantages, which is why we aim to expand our presence and partnerships in key markets around the world.

Boeing has made significant inroads to partner with the Indian Air Force, which operates fleets of C-17s, AH-64 Apaches, CH-47 Chinooks and head of state aircraft. What is next on the horizon?

Our first commitment is to deliver on the promises we have made to our customers, either through providing advanced capabilities or the right sustainment and training solutions to ensure their fleets are mission ready.

“We are also listening to our defense customers in India on their current and future requirements for national defense and having discussions over the value our portfolio can deliver.”

F-15 EX has the formidable reputation as the plane never lost in combat and the upgrade is being done with next gen mission computer, avionics and systems. Though critics point out it as the great up gradation and replacement for existing fleet, how does it fit entirely in the acquisition plan by IAF under 114 MRFA?

We are awaiting the requirements for the Multi Role Fighter Aircraft competition to assess if F-15EX would fit well into the Indian Air Force’s force structure. In early 2021, Boeing received a marketing license approval from the U.S. Government to offer the F-15EX to India, and we look forward to working with the IAF on their detailed requirements for the Multi Role Fighter Aircraft (MRFA) competition. The U.S. Air Force’s program of record for the F-15EX includes 144 aircraft, and there is a strong interest in the F-15EX internationally. The F-15EX for India will depend on the Indian Air Force’s Qualitative Requirements.

As the Indian Air Force evaluates its requirements, they can consider factoring in the F-15EX’s ability to counter contemporary and emerging threats with its unmatched speed, altitude and heavy-weapon payload.

“IAF can also consider the upgradability path for the F-15EX, which is enabled by a high-speed digital backbone that allows the aircraft to rapidly and affordably insert new technologies.”

“If there is a need for a fighter that can penetrate a highly contested airspace with greater survivability and full spectrum of protection enabling dominant engagement of new and emerging threats, the IAF can take a close look at the F-15EX to address those needs.”

After Boeing demonstrated the F/A-18 Super Hornet fighter‘s STOBAR (Short Take-off but Arrested Recovery) compatibility for the Indian Navy, what are the other cutting edge advanced technologies included in the offer?

Our Block III F/A-18 Super Hornet offer to the Indian Navy is the most advanced, multi-role, frontline fighter of the U.S. Navy, with a rapid technology insertion plan that will outpace threats for decades to come. This next-generation aircraft is ready to protect Indian armed forces from current and future threats.

Our successful ski-jump test conducted last year and extensive simulation studies prove that the F/A-18 can operate from the Indian Navy aircraft carriers and will meet or exceed the STOBAR performance requirements of the Indian Navy. Several innovative solutions related to carrier compatibility have been offered to the Indian Navy to integrate the Super Hornet with the carriers. Some of these solutions are currently being developed by our technology teams in our engineering and technology center in Bangalore. The two-seater carrier compatible variant of Super Hornet also offers several unique advantages to the Indian Navy including flexibility, higher utilization of the fleet, ability to embark certain missions from the carrier that benefit from having the second crew member and opportunity to develop an interface between crewed and uncrewed systems in a carrier environment.