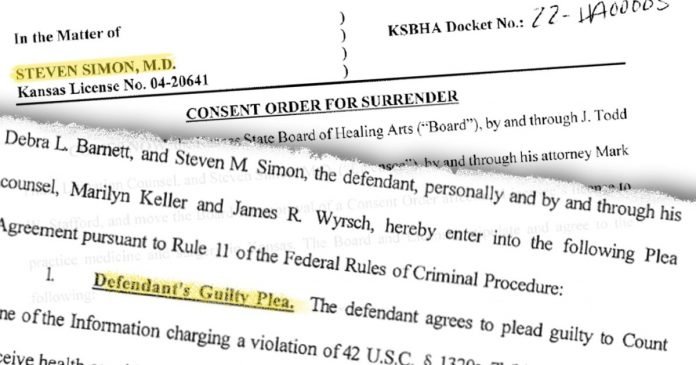 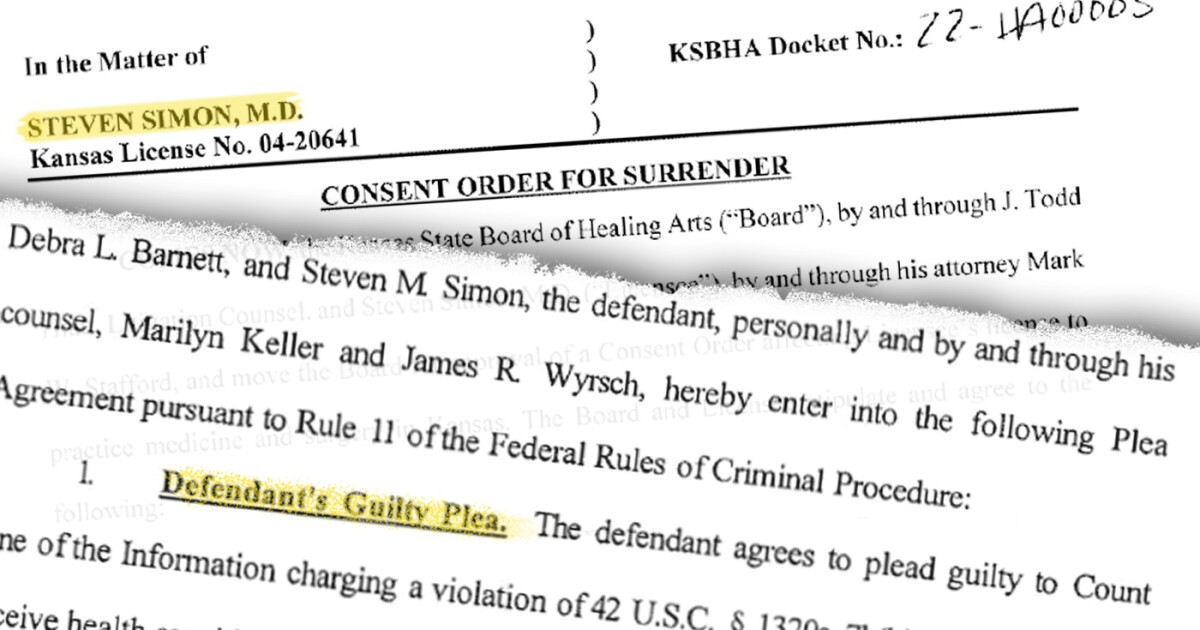 A Leawood physician who pleaded guilty to soliciting health care kickbacks has surrendered his medical license.

Dr. Steven M. Simon admitted in January that he told a drug company representative in 2017 that he would stop prescribing a drug unless the drug maker hired him for paid speaking engagements.

Simon was sentenced to three years probation in April but did not reach an agreement with the Kansas Board of Healing Arts until this month to surrender his license.

Simon, a pain doctor, has practiced since 1984. A database maintained by ProPublica, an investigative news site, shows that among Kansas City area physicians, Simon was one of the top recipients of drug company payments over the last several years.

Simon told KCUR in 2016 that half or more of the drug company money he received was reimbursement for expenses like airfare and hotels. He said he was often paid to lecture to other providers on medications, necessitating frequent travel.

Doctors can legally accept meals, speaking fees and other forms of compensation from drug and medical device companies, as long as they don’t receive kickbacks for prescribing drugs or medical devices.

As part of his guilty plea, Simon admitted that he told a drug rep for AstraZeneca that his continued writing of prescriptions for Movantik, an AstraZeneca drug used to treat constipation caused by opioid medications, was contingent on the company retaining him for paid speaking engagements.

The drug company conducted an internal investigation and, according to Simon’s plea, determined it would not offer him any further speaking engagements.

Simon has also been embroiled in lawsuits brought by patients who claimed he prescribed them fentanyl spray because its manufacturer, Insys Therapeutics, was paying him hundreds of thousands of dollars in speaking fees.

One of those lawsuits, brought by a patient named Tim Farquhar, was settled on confidential terms about a year ago. Kirk Goza, Farquhar’s attorney, said the case was “resolved to everyone’s satisfaction.”

Simon will not have to serve any time in prison if he does not violate his three-year probationary term. U.S. District Judge Toby Crouse also ordered him to pay a $100,000 fine.

But in a sentencing memorandum Wyrsch filed in April just before Simon was sentenced, he noted that Simon was 73 years old, was close to his family, had been married for nearly 48 years and had lost his youngest daughter unexpectedly when she died in 2019 at the age of 37.

“Dr. Simon fully accepts responsibility for his criminal conduct,” the memorandum concluded. “He does not intend to diminish or excuse his actions. Dr. Simon requests a probationary sentence with whatever conditions the Court deems appropriate.”

Your Home For Corrections Services