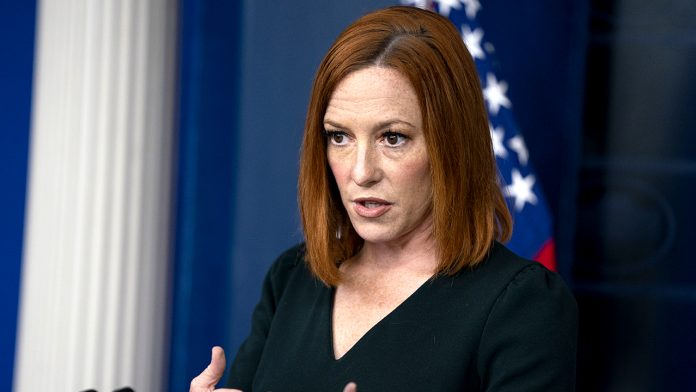 Biden traveled to Dearborn, Michigan, to tour Ford’s electric vehicle plant as his administration pushes for a significant investment in green technology as part of its $4 trillion infrastructure and spending package.

During a press gaggle ahead of the tour, a reporter noted that Ford had spent more than $1 million on lobbying efforts this year and asked Psaki how the administration could reassure the American people that electric vehicle subsidies and other investments were not a “pay-to-play” scenario. In response, Psaki noted that Biden was a “longtime fan” of cars who saw electric vehicles as the future.

“So I would say to any skeptics – anyone who’s questioning why we’re investing in the electric vehicle markets or why the president is proposing that: That’s where jobs are, that’s where the future of the auto manufacturing is, that is where the future of job creation in communities like Michigan is.  And that’s the message he’s going to send when he’s on the ground today,” she added.

Biden has called for major investments in electric vehicles and other green technology as part of his administration’s pledge to reach net-zero carbon emissions by 2050. The president’s “American Jobs Plan” spending proposal includes $15 billion in funding for the construction of a “national network” of 500,000 charging stations, as well as federal subsidies for electric vehicles.

Biden toured the Ford plant as the Detroit-based auto manufacturer prepared to unveil the electric version of its flagship F-150 pickup truck.