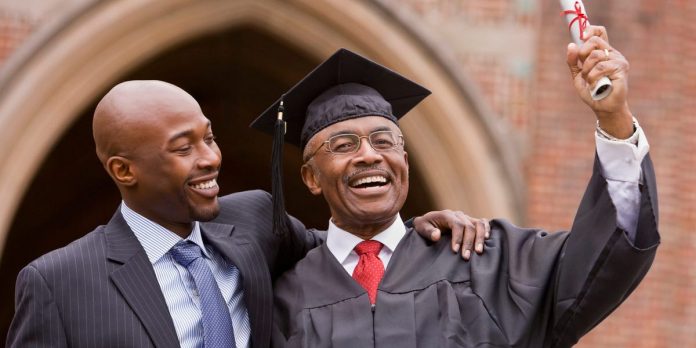 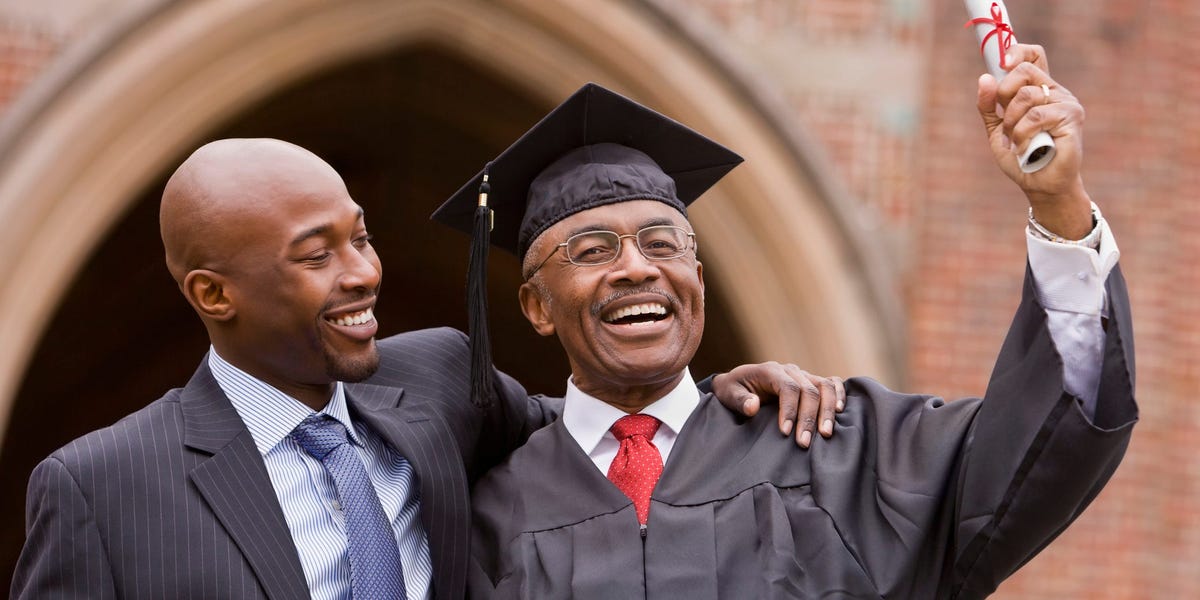 It’s been almost two years since millions of borrowers like Gwen Carney were subject to monthly student-loan bills.

Carney, a 61-year-old single grandmother with $75,000 in student debt, told Insider the pause on federal student-loan payments gave her an extra $200 a month in startup cash to launch a side-gig sewing face masks. Her sales helped her afford food and utility payments.

During that time, Carney was just one of the borrowers who were able to pay off other forms of debt, afford basic necessities, and contribute to the economy. Her story shows the extra juice that delaying — or as some would argue, canceling — student debt can provide to people’s lives and the economy as a whole. As that argument goes: Less debt equals more economic freedom for people and more vitality for the country.

The economy has been “more than fine” during the pause on payments, Marshall Steinbaum, senior fellow at the Jain Family Institute and economics professor at the University of Utah, told Insider. Workers have gained the financial flexibility to quit their jobs and pursue other opportunities, marking “a real shift in how the economy has worked throughout the living memory of anyone who’s really alive now.”

Steinbaum said that those against broad relief and newfound worker power “want to return to a world where workers are lucky to have even one job and will basically take anything they’re given by their bosses, including that they have to repay their student loans.”

The pause has already been extended 3 times

Since President Joe Biden took over, the pause has been extended an additional three times, the latest being through May 1 due to Omicron. Some advocates argued that if the pause can continue to be extended, there’s no reason why student debt cannot be canceled altogether. Plus, the extra $5 billion per month in Americans’ pockets, per the Education Department, could be quite the boon for the economy.

Following the recent extension, NAACP President Derrick Johnson wrote in a statement: “If you can afford to pause student loan payments over and over again, you can afford to cancel it.” Progressive lawmakers like Massachusetts Sen. Elizabeth Warren and Senate Majority Leader Chuck Schumer, who proposed $50,000 in debt cancellation per borrower, have said the same.

In addition to the pause on student-loan payments, millions of Americans have been participating in the Great Resignation by quitting their jobs in pursuit of better opportunities.

Charlie Eaton, economic sociologist and researcher at UC Merced and co-author of a Roosevelt Institute study analyzing the impacts of student-debt cancellation, told Insider that “one of the great features of today’s economy” is the Great Resignation — and resuming student-loan payments would impede that.

Eaton’s study concluded that canceling $50,000 in student debt per borrower would grant over $4,000 to households in the lowest-income groups — money that could stimulate the economy if not used for monthly payments.

“If people are trying to get back into the labor force, but you can’t get a home loan or a car loan, or can’t buy a car, it makes it harder for folks to go find jobs that they are willing to take,” Eaton said, referring to the decline in homeownership among those burdened with student debt. The National Association of Realtors recently found more than 51% of borrowers are delaying a home purchase because of their debt.

‘There’s no doubt’ the government can afford broad relief

When it comes to the cost of broad-student loan relief, there is no consensus. The Committee for a Responsible Federal Budget wrote in an August report that the student-loan moratorium should end, saying it has cost the government $52 billion annually. It also reported that broad cancellation is poor economic stimulus. It would put $90 billion per year back into the economy, but would cost the US government $1.5 trillion in uncollected loan repayments.

But in a 2018 paper from the Levy Economics Institute of Bard College, co-authored by Steinbaum, it found broad debt cancellation could boost real gross domestic product by an average of $86 billion to $108 billion per year, resulting in lower unemployment levels that would lead to roughly 1.2 million more jobs annually.

“If we cancel student debt, what that really means is the federal government is choosing not to collect payments from debtors on the debt that’s already issued,” Steinbaum said. “Can the federal government afford that reduction in revenue of, say, $100 billion a year or some number like that every year, indefinitely? I think there’s no doubt the answer to that question is yes.”

Others disagree. Larry Summers, a former Treasury Secretary for President Bill Clinton and lead economist under President Barack Obama, wrote on Twitter in December that the additional extension of the payment pause is “highly problematic” — a view shared by more right-leaning economists and experts.

He said “there is no special case for across the board relief now,” citing low unemployment — the rate tumbled to 4.2% from 4.6% in November — and added the relief is regressive, meaning it will benefit wealthier borrowers more.

Regardless of the true impact broad relief will have on the economy, the payment pause has lifted a significant hit off borrowers’ backs. One previously told Insider that the lack of monthly payments on her student loans saved her $377 a month, which allowed her to fully pay off the medical bills from having a baby.

“This is basically a kind of ball and chain around a lot of people’s ankles that was lifted at the start of the pandemic,” Steinbaum, the University of Utah economics professor, said. “And I suspect that it’s had a major positive effect on their financial well being and their purchasing power.”

Borrowers like Gwen Carney can attest — the pause on payments gave them the relief they desperately needed. They only wish it wasn’t temporary.

Do you have a story to share about student debt? How as the pause on payments impacted you? Reach out to Ayelet Sheffey at asheffey@insider.com.