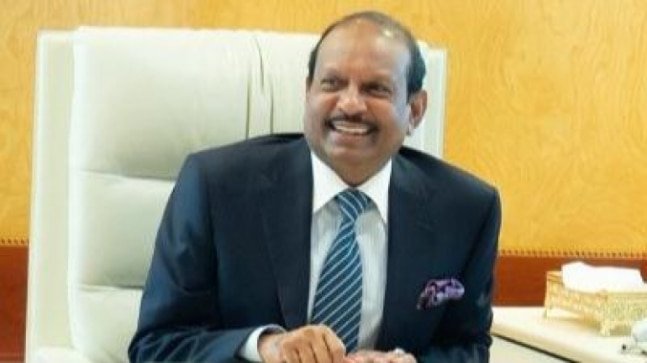 A 45-year-old Indian, who was on death row in the United Arab Emirates for killing a young Sudanese boy in a road accident in 2012, can’t believe that he will be a free man and can return to the country to be with his family.

Becks Krishnan was saved by prominent NRI businessman and philanthropist M A Yusuffali who helped to pay his “blood money” amounting nearly Rs one crore.

Krishnan, who hails from Kerala, was sentenced to death by UAE Supreme Court after he was found guilty of killing a young Sudanese boy when he recklessly drove and rammed his car into a group of children in September 2012.

Ever since, his family and friends have been trying hard for Krishnan’s release without any success, especially as the victim’s family had already gone back and settled in Sudan, putting an end to any discussion or pardon.

The Krishnan family then approached Yusuffali, Chairman of Lulu Group, who went about getting the details of the case and got in touch with all stakeholders.

Ultimately in January 2021, the victim’s family in Sudan agreed to pardon Krishnan. Subsequently, Yusuffali paid 500,000 Dirhams (Rs one crore approximately) as compensation in the court to secure the man’s release, the Lulu group said here in a statement.

Talking to the Indian embassy officials yesterday in Al Watba Jail in Abu Dhabi, a highly emotional Krishnan could not believe the turn of events.

“It’s a re-birth for me, as I had lost all hope of seeing the outside world, let alone a free life. My only wish now is to see Yusuffali once before flying to my family,” Krishnan was quoted as saying in the statement.

All legal procedures related to Krishnan’s release have been completed on Thursday and he is expected to travel back to his hometown in Kerala soon, putting an end to nine years of agony for him and his family, a senior official of the Lulu Group told PTI over phone.

Abu Dhabi-based Lulu Group that owns Lulu Hypermarkets and shopping malls, is one of the top retailers in the Middle East and North African region (MENA).

Your Home For Corrections Services