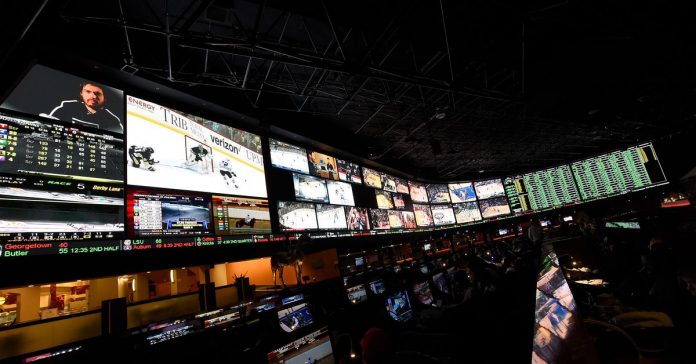 Former The Ultimate Fighter (TUF) 28 coaching rivals Robert Whittaker and Kelvin Gastelum finally get the chance to settle the score this Saturday (April 17, 2021), headlining UFC Vegas 24 inside UFC Apex in Las Vegas, Nevada. Earlier that evening, Jeremy Stephens returns to Lightweight for the first time in almost a decade against Drakkar Klose and Andrei Arlovski looks to keep his unexpected resurgence going in a late-notice bout with Chase Sherman.

What Went Wrong at UFC Vegas 23?

Yeah, that Nina Nunes pick was reckless. I really didn’t think Mackenzie Dern could take her down with any sort of consistency and that proved a costly miscalculation. I also didn’t believe John Makdessi would be able to walk down Ignacio Bahamondes the way he did. Luckily, Jack Shore, Mateusz Gamrot, and Impa Kasanganay kept the losses to a minimum.

UFC Vegas 24 Odds For The Undercard:

Thoughts: This card isn’t exactly bursting with bargains, but I think we can scrape something together out of Lupita Godinez, Gerald Meerschaert and Austin Hubbard.

Even if Jessica Penne wasn’t coming off a massive layoff, Godinez would be all wrong for her. “Godinez” is too skilled a wrestler for Penne to get her jiu-jitsu going and her swarming boxing looks like way more than Penne can handle on the feet. Penne’s better than some people give her credit for, but this is as toxic a style match up as you’re likely to find.

There’s more than a few red flags waving around Meerschaert. Indeed, the guy went from functionally indestructible to getting violently knocked out twice in a row, after all. Thing is, Bartosz Fabinski is one of the most single-minded takedown artists in the division, and his submission defense failed him badly against Andre Muniz last time out. Even if Meershaert can’t take a shot anymore, he’s still a monster on the ground and looks to have the better gas tank of the two, making him worth a slight investment.

On the one hand, Hubbard consistently struggles with wrestlers and is fighting a decorated high school wrestler. On the other, Dakota Bush is the lesser striker, is coming in on short notice, and has been soundly outwrestled in the cage before. “Thud,” who was already preparing for a better takedown artist in Natan Levy, should be well-equipped to outlast Bush.

You could probably toss Tracy Cortez into a parlay as well. That’s because Justine Kish is incredibly weak off of her back and Cortez definitely has the wrestling skills to exploit that.

Thoughts: Call me crazy, but I actually think there’s value in Jacob Malkoun. Yes, he got blitzed into oblivion by Phil Hawes last time out, but Abdul Razak Alhassan suffered a violent knockout loss of his own against Khaos Williams. Malkoun is an ADCC-caliber grappler with solid boxing whom I could very easily see surviving the early Alhassan blitz to take over down the stretch.

Drakkar Klose and Alexander Munoz may also merit small investments. Jeremy Stephens is winless in his last five and fighting at Lightweight for the first time in nine years, while Luis Pena has lost two of his last three and struggles with strong wrestlers. Klose and Munoz are also coming off of losses, but those were against two of the division’s best in Beneil Dariush and Nasrat Haqparast, who presented stylistic issues that Stephens and Pena do not.

It’s definitely one of the stranger cards we’ve seen in a while, but there’s some real nice tussles scattered throughout. See you Saturday, Maniacs.

Remember that MMAmania.com will deliver LIVE round-by-round, blow-by-blow coverage of the entire UFC Vegas 24 fight card this weekend, starting with the ESPN+/ESPN2 “Prelims” matches, which are scheduled to begin at 7 p.m. ET, then the remaining main card balance on ESPN/ESPN+ at 10 p.m. ET.

To check out the latest and greatest UFC Vegas 24: “Whittaker vs. Gastelum” news and notes be sure to hit up our comprehensive event archive right here.