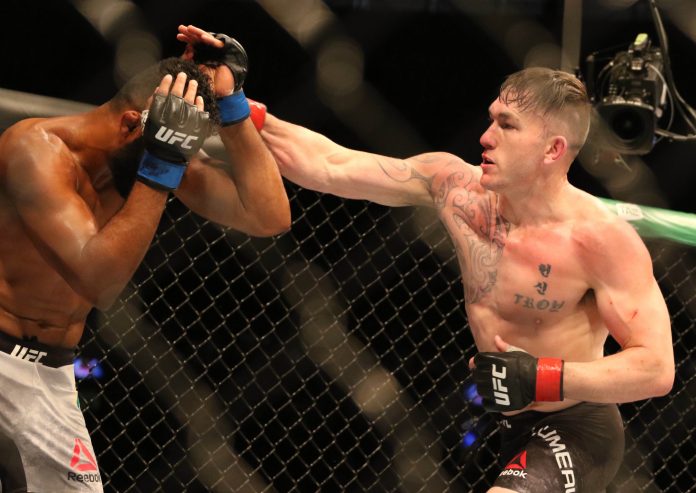 Brown is coming off a decision loss at UFC Fight Island 7 where he landed 37 total strikes and ate 157 strikes. Brown has now lost back-to-back fights and has lost seven of his last 10 fights overall.

Who did our Top Experts Pick?
(click here to find out!)

At 40 years old and with these losses piling up, it’s fair to say we could be seeing the end of Brown rather quickly. The Immortal is a brown belt in both BJJ and Judo. Brown is an accurate striker with 14 knockouts on his resume and he knows his way around the canvas.

However, Brown has been submitted 10 times and has lost five of his seven career decisions. This will be Brown’s seventh career fight in Las Vegas.

Lima is coming off a decision loss at UFC 258 where he landed 70 total strikes and ate 136 strikes. The loss snapped a three-fight winning streak.

Lima is a brown belt in BJJ and has seen four of his last five fights end in decision. He’s not the most accurate striker in the world, but he has some knockout pop and has four submission wins as well. Lima also has a great gas tank that’s helped him win seven of his 10 decisions.

Lima does have a questionable chin and has been knocked out in four of his eight losses. This will be Lima’s fourth career fight in Las Vegas.

I’m not running to the window to bet this fight, but backing Brown isn’t much of an option for me. He’s in brutal form, isn’t getting any younger and hasn’t looked good in these losses. Lima isn’t finishing fights and a lot of his recent bouts have been close, but he’s the younger fighter here and is easily more trustworthy. Brown looks like somebody who could soon hang it up if he doesn’t turn things around.

Give me Lima and the reasonable price.