Video: Pakistani TikTok star Hareem was getting her lip job done, but was forced to leave midway with one side of lip swollen; know why 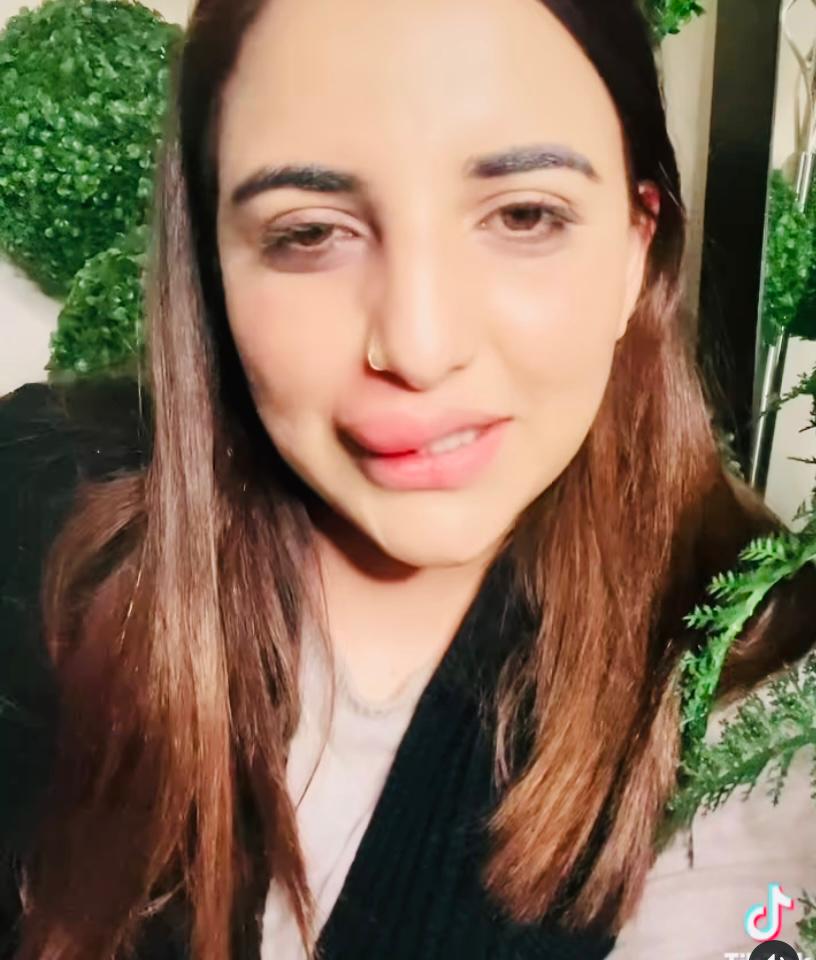 Pakistani TikTok Star Hareem Shah shared a video of her botched lip job on Saturday, saying that she was forced to leave the procedure midway because the government froze her bank accounts.

The video shows Hareem Shah with half of her upper lip swollen-apparently a result of her leaving the lip filler treatment midway.

Pakistan’s Federal Investigation Agency (FIA) had launched a money-laundering probe against the TikTok star earlier this month after she claimed that she had travelled from Pakistan to the United Kingdom with a significant amount of cash.

In the video, which was filmed in the UK, Ms Shah explained that she had long wanted to get lip fillers. “I went to the clinic to get lip fillers today,” she said, adding that the specialist had only just injected fillers on one side of her lips when she received a phone call informing her that the FIA had ordered all her bank accounts be frozen.

Shah said that she left the clinic after receiving the phone call because she realised that getting lip fillers is expensive and her accounts had been frozen.

In a video, dated January 10, the TikTok star was seen sitting down with two stacks of British pounds. Showing the money, the social media star said that this was the first time she had carried a “heavy amount” from Pakistan to London.

According to the Federal Board of Revenue’s website, a passenger can bring any amount of any foreign currency to Pakistan but “taking out foreign currencies is permitted up to US$ 10,000 unconditionally.”

The FIA statement said the inquiry against Shah was launched under laws pertaining to foreign exchange laws and her “visa, immigration and travel documents have been obtained.